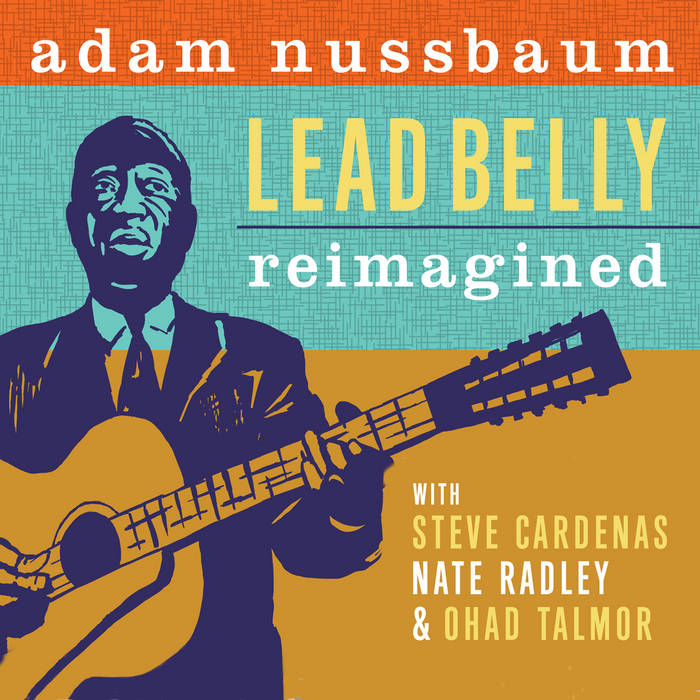 The music of Huddie Ledbetter, better known to the world as Lead Belly, is some of the initial sounds that introduced African American music to the world at large. The presentation of this singular artist changed the way the public heard music and shifted the dynamics in what was soon to come in the music industry, namely the adoption and promotion of Black music as a valuable commodity.

There are reasons aplenty for the music listening population’s attention being swayed by Lead Belly. The songs that he sang were appealingly forthright and uncomplicated. His voice and powerful 12-string guitar were strong and enticing. Because of his magnetism, Lead Belly’s music remains a touchstone in blues’s evolution into rock, soul and jazz music.

Two years ago, Sunnyside released drummer Adam Nussbaum’s first true recording as a leader, and fantastic tribute to one of his idols, The Lead Belly Project. Nussbaum’s band of saxophonist Ohad Talmor and dual guitarists, Steve Cardenas and Nate Radley, ably channeled a program of Lead Belly tunes chosen by the leader, mainly culled from the Folkway Recordings 10-inch records Nussbaum grew up listening to. The project allowed Nussbaum to show another side of his musical character that he hadn’t previously been able to showcase regularly during his remarkable forty-year career.

The ensuing years allowed Nussbaum and company to tour both in the United States and Europe. The group’s incredible chemistry was only heightened by their extended time together. Their program was also expanded as Nussbaum encouraged the others to investigate Lead Belly’s catalog and bring in pieces that they felt would fit within their balance of lyricism and adventurousness.

Nussbaum’s trust in these incredible musicians and their efforts made it easy for them to fully express the meaning in these pieces without any complicated intentions. The roles between the members of the ensemble were fluid and balanced, the only requirement of the guitarists remained to spread out from one another and avoid doing the same thing.

In July of 2019, Nussbam and the ensemble returned to Talmor’s home studio, Seeds, in Brooklyn. They recorded with no separation between the musicians and entirely live. The musicians’ comfort with the material and each other can be heard in the results, as the pieces have an emotional intimacy that goes beyond their prior efforts. The result of these recordings can be heard on their new album, Lead Belly Reimagined.

The recording begins with Nussbaum’s drum introduction on a swaggering “Relax Your Mind,” the piece sending a reassuring message in these worrying times with lush tenor and churning guitars. The bright “Laura” ramps up the energy level and swings the ensemble into an incredible zone. Written for Queen Elizabeth’s wedding, “Princess Elizabeth” presents a charmingly warm melody interpreted gorgeously by the band, while Lead Belly’s more well-known “Rock Island Line” is taken more freely, with the ensemble trying to capture the sound textures of a rolling and hissing steam locomotive.

The blend of earthy and ethereal comes together on “When I Was A Cowboy,” the guitars setting an impressive sound world before sympathetic drums glide into the melody and tenor solo. Nussbaum brought in the punchy “Shorty George,” a catchy, sing-song tune referring to “jive” characters that were present on the early recordings Nussbaum heard during his formative years. The delicate melody of “If It Wasn’t For Dicky” was inspired by Irishman Sam Kennedy’s “Drimmin Down,” the natural movement of the piece captured beautifully by the group. The recording concludes with Lead Belly’s “Governor Pat Neff,” a romping tribute to the Texas politician who pardoned the singer in 1925, resulting in Lead Belly being released from the penitentiary.

Adam Nussbaum’s love and respect, for both the music of Lead Belly and the musicians, in this project are impossible to miss in the music on Lead Belly Reimagined. The presentation of the legendary blues man’s visceral music in a diverse but flowing set of music is truly a feat of inspiration that will do much for the music’s legacy.

Bandcamp Daily  your guide to the world of Bandcamp